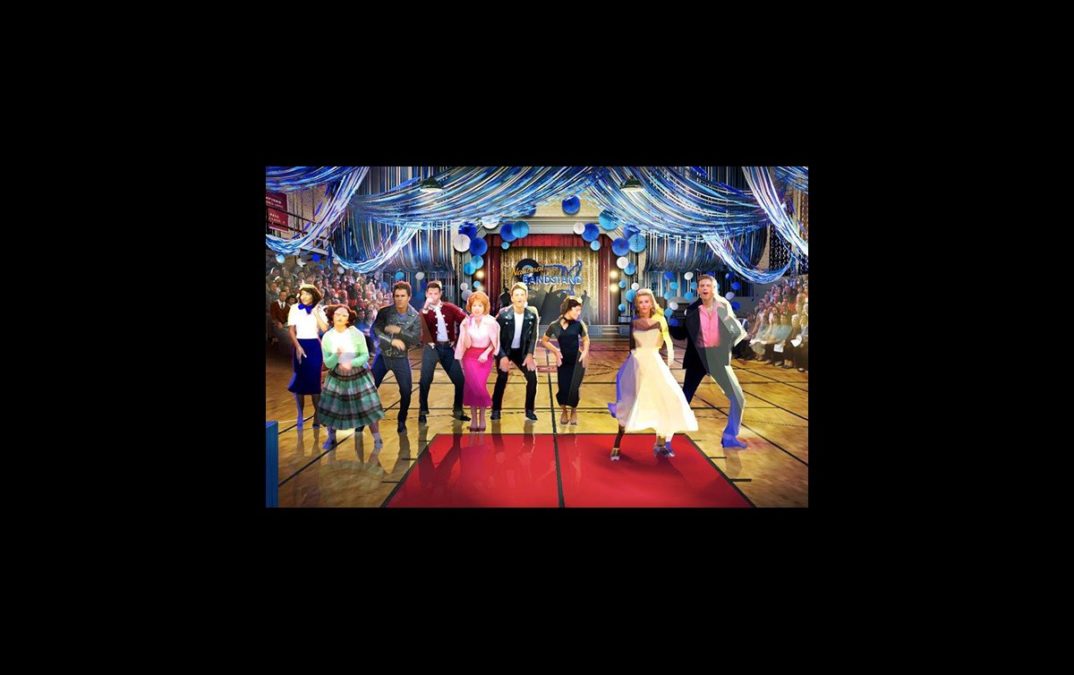 When Grease: Live airs on Fox next month, be on the lookout for not only an all-star cast (including Aaron Tveit, Julianne Hough and Carly Rae Jepsen), but also an audience filling the halls and bleachers of Rydell High. Director Thomas Kail and production designer David Korins (the team behind Hamilton) recently revealed that unlike its NBC-produced predecessors, Grease will invite audience members (by the hundreds) to be a direct part of the live broadcast experience.

“There’s something we thought really suited Grease—the rhythm and the music of the show—to have that feedback with an audience,” explained Kail. “If we’re going to say Grease: Live, and we’re owning the “live”ness of it…we want to wrap our arms around that. That’s part of the thrill.”

The telecast will utilize multiple sets across three sound stages: an outdoor location, an assortment of traditional three-wall sets and the gym: a four-wall, 360-degree unit that will offer an environmental and immersive space for the performers and the audience. Spectators will be scattered through the sets, so everyone present will experience certain moments in-person and others through monitors. Kail is partnered with television director Alex Rudzinski (Dancing With the Stars), who will oversee the technical elements of the broadcast, including the movement from set to set.

When you see audiences on the bleachers, don’t expect them to be in ‘50s drag. “People should look and dress as they do now, because that’s when the show is happening,” said Kail. “The tension between [1959 and 2015] actually gives it a charge. We don’t think it’s going to break the bubble we’re making.”

The addition of a studio audience is a step toward ensuring live musical telecasts remain a theatrical experience in the truest sense, and veteran designer Korins is committed to blurring the line between the two mediums: “All of those tropes that we see all the time—turntables and things like that—are commonplace in theater, but you very rarely see on camera.” Korins continued, “We’re looking to infuse our world with many theatrical devices…to let people experience theater on a mass scale.”

Audience members will be cultivated through outreach initiatives and contests in the coming week. Whether from the studio or from the small screen, you can catch Grease: Live on Fox on January 31.