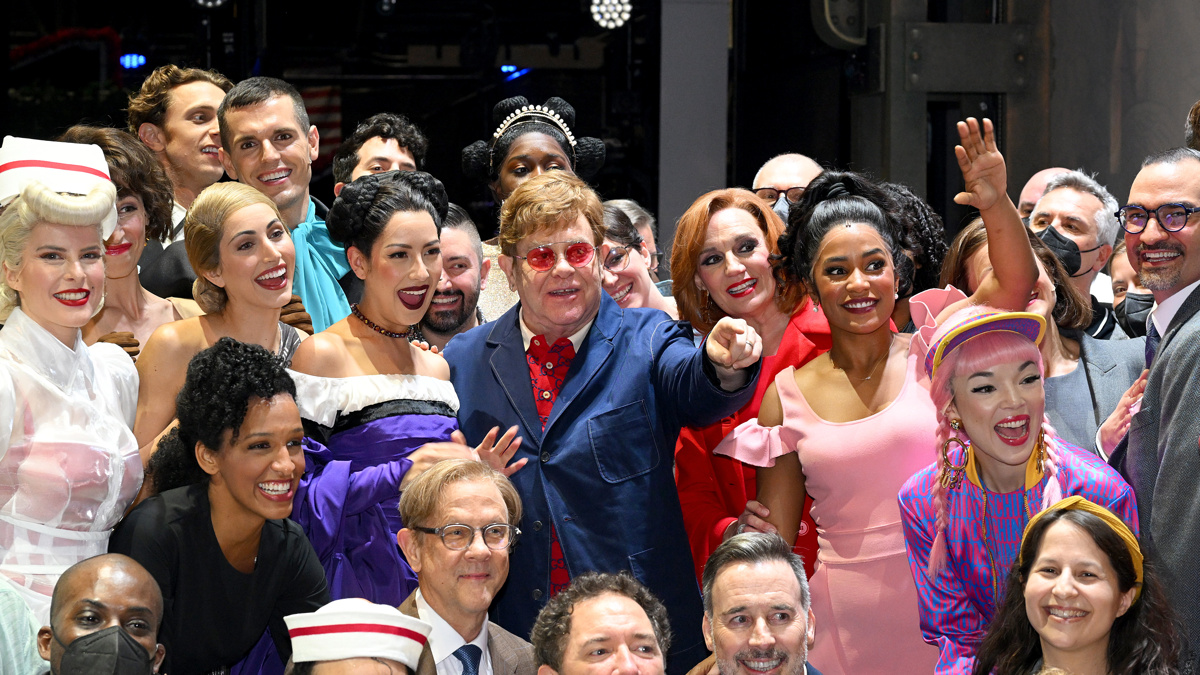 Even Miranda Priestly would be impressed by this. Music icon Elton John attended a performance of The Devil Wears Prada on August 3 at Chicago’s James M. Nederlander Theatre. The Broadway-bound musical, which features music by John and lyrics by Shaina Taub, is making its premiere in the Windy City through August 21. Based on Lauren Weisberger’s bestselling 2003 novel, which was turned into a smash 2006 film, The Devil Wears Prada follows Andy Sachs, a smart but drab aspiring journalist who gets sucked into the glamorous world of the elite fashion magazine Runway and the servitude of its cutthroat editor, Miranda Priestly. Tony winner Beth Leavel and Taylor Iman Jones take on the roles of Priestly and Sachs, respectively. Check out the photos below!