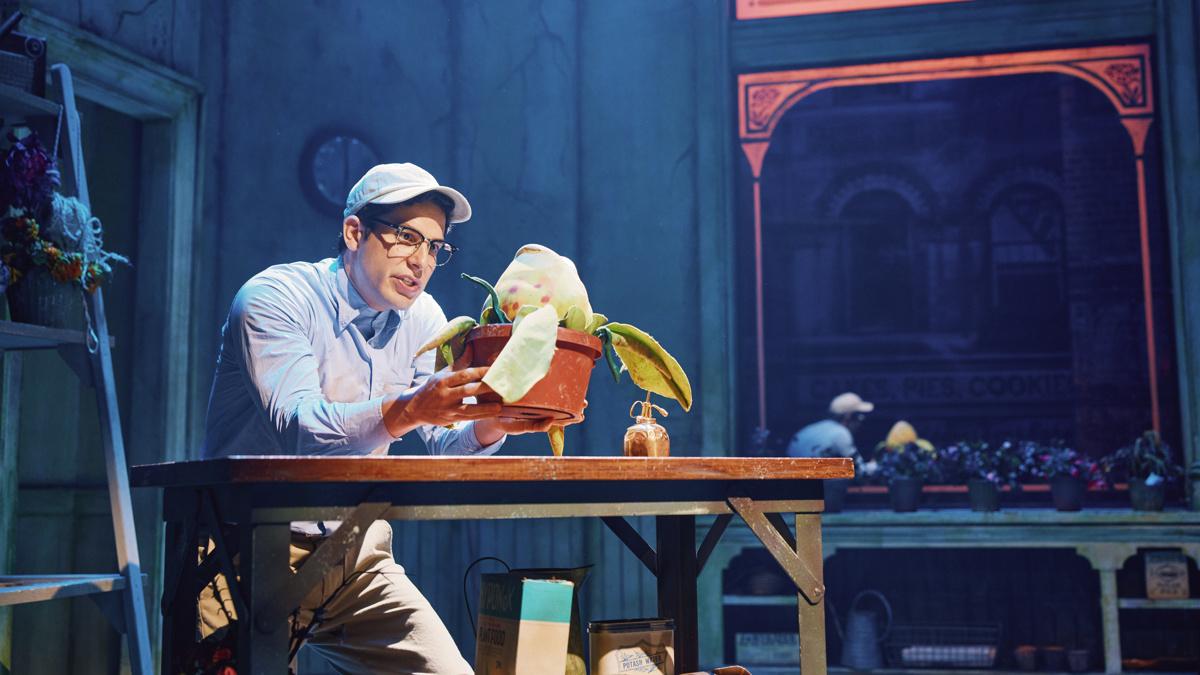 Skylar Astin has officially arrived on Skid Row. He began performances as Seymour in the off-Broadway production of Little Shop of Horrors on May 17, and now there are photos of him in the show. This marks a reunion for Astin and director Michael Mayer, who helmed the Tony-winning musical Spring Awakening. Based on the 1960 film by Roger Corman and featuring a book by Howard Ashman, music by Alan Menken and lyrics by Ashman, Little Shop follows meek plant store attendant Seymour, his co-worker crush Audrey (Tammy Blanchard), her sadistic dentist of a boyfriend (Andrew Call) and the man-eating plant (Aaron Arnell Harrington) that threatens them and the world as we know it. Check out photos from the production below, and then go see it live at Westside Theatre!